Much has been talked about the knowledge worker , knowledge economy and the information age or the information explosion but now time is rapidly changing and the world will be moving into The Imagination age. The Imagination Age is a theoretical period beyond the Information Age where creativity and imagination will become the primary creators of economic value. In contrast, the main activities of the Information Age are analysis and thinking. The concept holds that technologies like virtual reality, user created content and YouTube will change the way humans interact with each other and create economic and social structures. A key concept is that the rise of an immersive virtual reality—the cyberspace or the metaverse—will raise the value of “imagination work” done by designers, artists, etc. over rational thinking as a foundation of culture and economics. This Imagination age will be linked with The Orange Economy or the Creative Economy. In which the industries will also based on creative work and imaginative worker . The creative industries refers to a range of economic activities which are concerned with the generation or exploitation of knowledge and information. They may variously also be referred to as the cultural industries (especially in Europe (Hesmondhalgh 2002, p. 14) or the creative economy (Howkins 2001), and most recently they have been denominated as the Orange Economy in Latin America and the Caribbean (Buitrago & Duque 2013). Howkins’ creative economy comprises advertising, architecture, art, crafts, design, fashion, film, music, performing arts, publishing, R&D, software, toys and games, TV and radio, and video games (Howkins 2001, pp. 88–117). Some scholars consider that education industry, including public and private services, is forming a part of creative industry. There remain, therefore, different definitions of the sector (Hesmondhalgh 2002, p. 12)(DCMS 2006). The creative industries have been seen to become increasingly important to economic well-being, proponents suggesting that “human creativity is the ultimate economic resource” (Florida 2002, p. xiii), and that “the industries of the twenty-first century will depend increasingly on the generation of knowledge through creativity and innovation” (Landry & Bianchini). The Imagination Age would be a society and culture dominated by an imagination economy. The idea relies on a key Marxist concept that culture is a superstructure fully conditioned by the economic substructure. According to Marxist thinking certain kinds of culture and art were made possible by the adoption of farming technology. Then with the rise of industry new forms of political organization (democracy, militarism, fascism, communism) were made possible along with new forms of culture (mass media, news papers, films). These resulted in people changing. In the case of industrialization people were trained to become more literate, to follow time routines, to live in urban communities. The concept of the Imagination Age extends this to a new order emerging presently. An imagination economy is defined by some thinkers as an economy where intuitive and creative thinking create economic value, after logical and rational thinking has been outsourced to other economies. Michael Cox Chief Economist at Federal Reserve Bank of Dallas USA ,argues that economic trends show a shift away from information sector employment and job growth towards creative jobs. Jobs in publishing, he has pointed out are declining while jobs for designers, architects, actors & directors, software engineers and photographers are all growing. This shift in job creation is a sign the beginning of the Imagination Age. The 21st century has seen a growth in games and interactive media jobs. Cox argues that the skills can be viewed as a “hierarchy of human talents”, with raw physical effort as the lowest form of value creation, above this skilled labor and information entry to creative reasoning and emotional intelligence. Each layer provides more value creation than the skills below it, and the outcome of globalization and automation is that labor is made available for higher level skills that create more value. Presently these skills tend to be around imagination, social and emotional intelligence. So in the times to come very rapidly , the work environment, job skills , products and services,marketing strategies,production processes will revolve around creativity and innovation will drive those. The companies and the workers who will keep pace with the imaginative world will survive and thrive.

Previous PlayStation developers reveal their most awaited games of 2021 .
Next RAINBOW COLORS OF ECONOMY 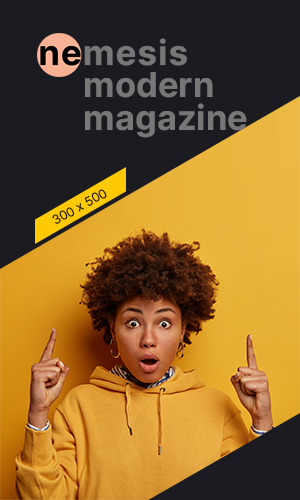